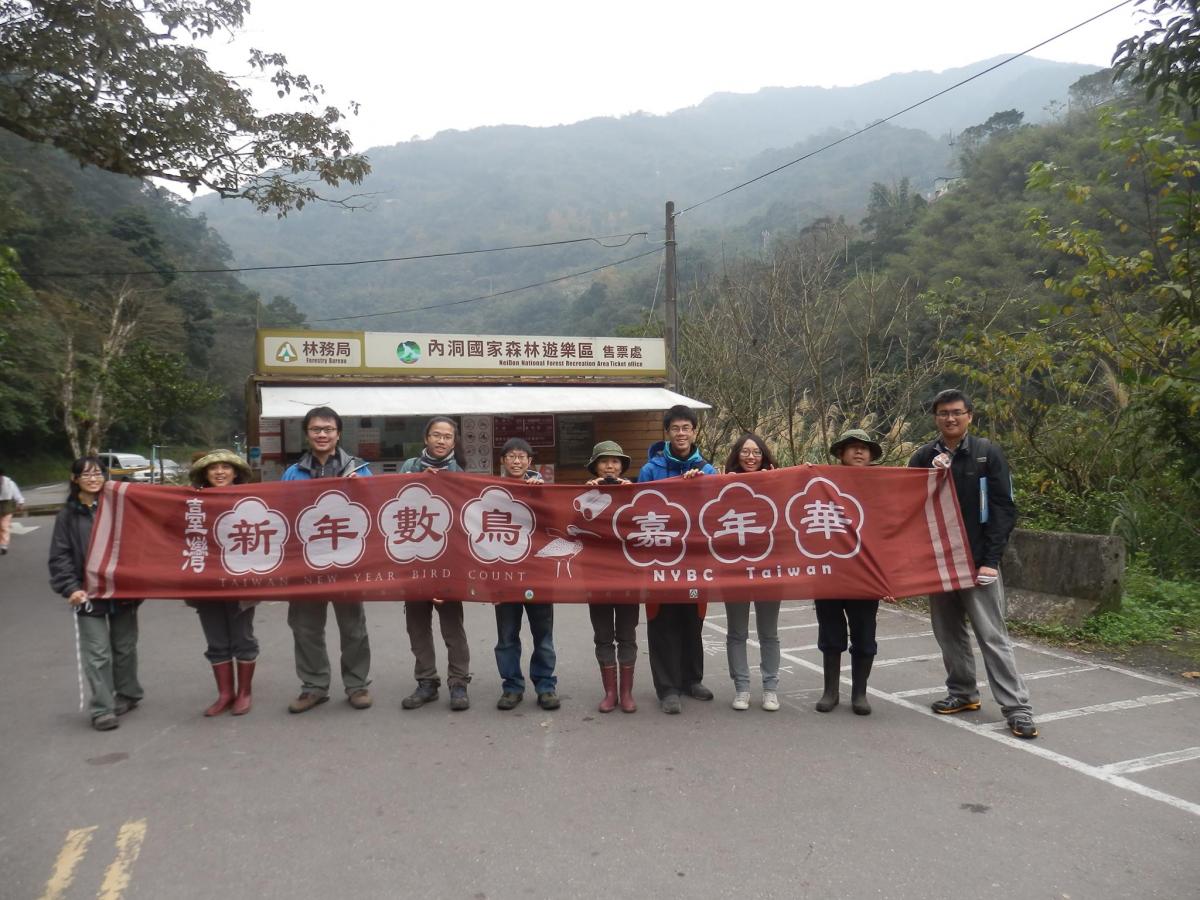 The organizers
The Taiwan New Year Bird Count is being hosted and organized by the Chinese Wild Bird Federationin partnership with the Endemic Species Research Institute of the Council ofAgriculture, Wild Bird Society of Taipei, and Kaohsiung Wild Bird Society.

NYBC past and present
The concept of an annual winter bird census began with the Christmas BirdCount (CBC) in North America in 1900 and has been taking place annually for more than a century. Presently, over 60,000 people participate each year in the CBC and they have accumulated over 63 million bird records. The Taiwan NYBC is based on the CBC. Previously, a NYBC was conducted in Taiwan from 1974-1983. The 2014 NYBC will be the first NYBC since 1983.

How it works
Volunteer counting plot coordinators select a site where they wish to count birds. The site is referred to as a counting plot. Plots are a circle with a radius of 3km and birds are counted within the circle on a predetermined morning on a date chosen between December 28th, 2013 to January 12th, 2014. Counting plots must not overlap. Depending on the nature of the plot, the method of counting will be determined by the plot coordinator. The NYBC is open to all and prospective participants visit the NYBC website and register to participate in the count at a plot of their choice. In addition to locals, some international participants from Canada, South Africa and the USA will be taking part. NYBC is an ideal activity for family and friends to participate in. Ideally, the average number of count participants at a counting plot is about ten people. Inexperienced and novice birders are supported by more experienced birders during the count ensuring that anyone can take part. To date, plots have been established through mainly by 21local conservation groups in everycities and counties across Taiwan. Currently, there are more than 110 active plots coving about 8.6% of Taiwan including national parks and many nature reserves, wildlife conservation areas, important habitats, wetlands and important bird areas.

Raising funds through donations
It is planned that the NYBC will be an annual event and thus the hosting partners are razing the funds needed to sustain the NYBC project (Registered charity fundraising No.1020171886). Donations from the general public, organizations and businesses are being sort and Leica and Minox have both sponsored a pair of binoculars as prizes which can be won through two competitions; a donation raffle and guessing the total number of birds counted on Taiwan NYBC 2014.